[Note: Star Trail is an outer ring competition bi-metal yoyo, therefore it does not take dings as well compared to less competition oriented yoyos, as well as inner ring bi-metals and monometals.]

Hello everyone! It has been a year since my last release, the Night Sky. I’ve made a lot of yoyo designs privately throughout this time, but not a lot of designs motivated me to produce. I wanted to create more monometal yoyos, but I also wanted to do something more different to the Night Sky. Therefore, after many designs, I’ve created the Star Trail!

Design
In order to create a high performance competition bimetal yoyo, there has to be a trade off so that the aluminum body can’t be as complex or fancy as other less performance oriented yoyos (due to having to minimize the wall thickness and the weight of the aluminum). Therefore with the Star Trail, I’ve opted to design this yoyo by paying attention to the small details; such as how the aluminum body meets the stainless steel ring. There’s always a small curve when those two meet – which embraces that the two materials are in fact distinct, rather than trying to merge them together.

How It Plays
I’ve learnt a lot from my Night Sky design and this yoyo tries to improve upon the Night Sky’s raw performance. Having a smaller diameter than the Night Sky, it allows the yoyo to be a bit more responsive to hand motions. Furthermore, I’ve improved the response system in this yoyo, since a yoyo with higher inertia requires a tighter response due to the decreased RPM. With that, the Star Trail is a yoyo that doesn’t limit your abilities!

When you throw the Star Trail, you will feel all the rimweight unroll on the end of the string (due to its min-maxed nature), which may feel a bit heavy at first. However once it has been unwinded, the Star Trail feels faster and more responsive to your hand movements than the Night Sky.

I really put all my heart into designing this, I hope that y’all will enjoy the Star Trail! ^-^ 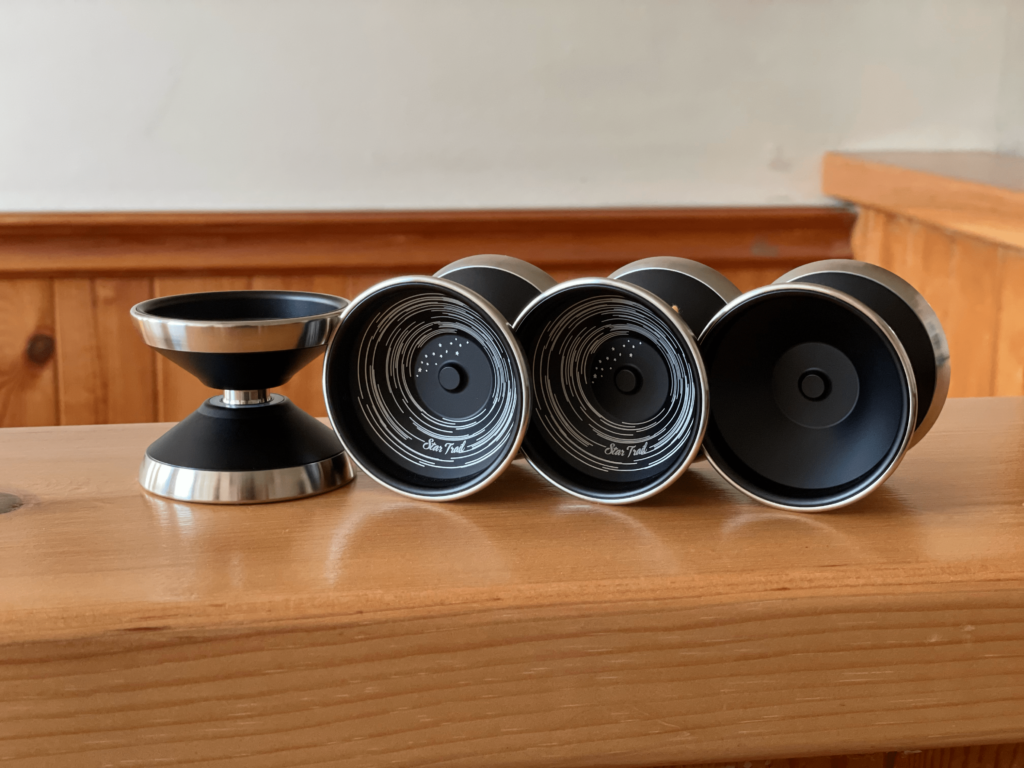